CAR-T cells have been developed as adoptive anti-tumor immunotherapy in recent years. The principle is to use of genetic engineering techniques to acquire T cells from cancer patients in vitro, the patient's T cells can be genetically modified to stably express antibodies on their surface, then abundantly cultivating CAR-T cells in vitro and reinfused into the patient's. CAR-T cells mostly used in curing hematologic tumors and malignant solid tumors, including breast, cervical, lung, liver and stomach cancer and so on . 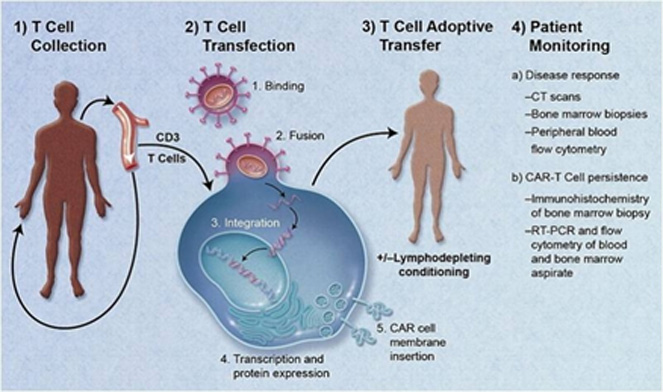 More multi-targeted. Both protein antigens and glycolipid antigens can be used as target antigens to expand treatment coverage.

More extensive tumor killing. In view of many tumor cells express the same tumor antigen, once CAR gene construction for a tumor antigen is completed, which is widely used.